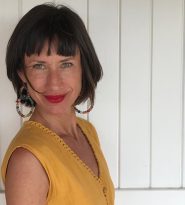 Working with Feinstein Since: 2007
Based in: France

As the director of Feinstein’s research program on Conflict and Governance, Kimberly Howe leads the flagship program on Early Marriage in Conflict and Displacement: From Research to Practice.

Her work focuses on how civilians cope and adapt to war, and the effects of humanitarian and political interventions on civilians, armed groups, and political structures. Kimberly has written about trauma-informed field research and has designed and conducted mixed methods research projects in several war-affected countries around the world including Burundi, the Democratic Republic of the Congo, Colombia, Uganda, the Kurdistan Region of Iraq, South Sudan, Syria, Turkey, Lebanon, and Jordan.

Since the late 1990s, Kimberly has been working in a variety of ways to improve the lives of people affected by conflict and war. Kimberly regularly conducts research for the U.S. government on their programs targeting refugees, internally displaced persons, and war-affected populations. Prior to joining the center, she was a Randolph Jennings Peace Scholar at the US Institute of Peace, an Adjunct Associate Research Scholar at SIPA Columbia University, and a Fellow at Harvard University Medical School. From 1999 to 2007, she practiced as a psychotherapist treating survivors of torture and interpersonal violence.

Kimberly holds a B.A. in psychology and an M.S.W. from Simmons College, Boston. She has an M.A.L.D. and Ph.D. in international relations from The Fletcher School at Tufts University.

From 2019 to 2021, she was a Marie Sklodowska-Curie Research Fellow to support her work on early marriage in conflict.

When she is not in the field, she is based in southern France, where the weather is always nice.

Kimberly Howe published “Trauma to self and other: Reflections on field research and conflict” in Security Dialogue, Volume 53, Issue 4. In this article, Kim recognizes that researchers who engage…

Feinstein faculty share insight into war in Ukraine through many channels

War in the Ukraine broke out in February 2022. Feinstein International Center faculty and researchers have been sharing what they know about the crisis and wider implications through a variety…

Early Marriage in Conflict and Displacement

Our latest research shows that we do not know enough about early marriage to design programs and policies that effectively support female youth in the ways that they need. This study is generating the evidence humanitarians need.

Feinstein’s work as part of the Apolou project seeks to understand the impacts over time of a shift to an increasingly cash-based economy on different wealth, livelihood, and demographic groups.

This paper examines the role of marital status and motherhood on schooling experience and educational interruption, attainment, and aspirations in South Sudan and the Kurdistan Region of Iraq.

Very little is known about the experiences of female youth who marry under 18 and later become separated, divorced, or widowed. This briefing paper underscores the unique vulnerabilities and challenges that these youth face in the Kurdistan Region of Iraq (KRI) and South Sudan.