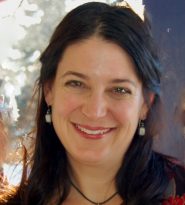 Working with Feinstein Since: 2003
Based in: Boston area, MA

Dyan Mazurana directs Feinstein’s Research Program on Women, Children, and Armed Conflict and co-directs the Masters of Arts in Humanitarian Assistance (MAHA) Program. She focuses on gendered dimensions of humanitarian response to conflict and crises, documenting serious crimes committed during conflict, and accountability, remedy, and reparation. She serves as an advisor to several governments, UN agencies, human rights NGOs, and child protection organizations regarding humanitarian assistance and improving efforts to assist youth and women affected by armed conflict. This work includes the protection of women and children during armed conflict, including those people associated with fighting forces, as well as remedy and reparation in the aftermath of violence.

Dyan has written and developed training materials regarding gender, human rights, armed conflict, and post-conflict periods for civilian, police, and military peacekeepers involved in UN and NATO operations. In conjunction with international human rights groups, she contributed to materials now widely used to assist in documenting serious violations and abuses against women and girls during conflict and post-conflict reconstruction periods. She has worked in Afghanistan, Southeastern Europe, Nepal, and southern, west and east Africa.

She has published more than 100 scholarly and policy books, articles, and international reports and her work has been translated into more than 30 languages.

Dyan has practiced in the Zen Buddhist tradition of the Order of Interbeing under Zen Master Thich Nhat Hanh for more than 20 years. She lives with her two children and their dog in a home with ever expanding gardens.

On April 18, 2022, the Boston Globe editorial “The world must help the girls of Afghanistan” described how the Taliban is restricting education for girls and women and looked at…

Kinsey Spears, Bridget Conley, and Dyan Mazurana published an Occasional Paper on gender, famine, and mortality with the World Peace Foundation in December 2021. During times of famine, sex, gender,…

Early Marriage in Conflict and Displacement

Our latest research shows that we do not know enough about early marriage to design programs and policies that effectively support female youth in the ways that they need. This study is generating the evidence humanitarians need.

Justice and Accountability in Northern Uganda

This project seeks to provide timely, precise, and insightful documentary evidence and analysis, drawing on our investigation into how victims and survivors view and experience these justice mechanisms. We aim to inform the processes as well as policies and responses that emerge as the processes unfold.

This report reveals that sexual abuse is a major threat to uniformed peacekeepers, especially women. The UN and troop- and police-contributing countries have not adequately responded to the issue.

This report is a comprehensive and user-friendly concept note for a database on child marriage in humanitarian settings, a first step in eradicating the problem.