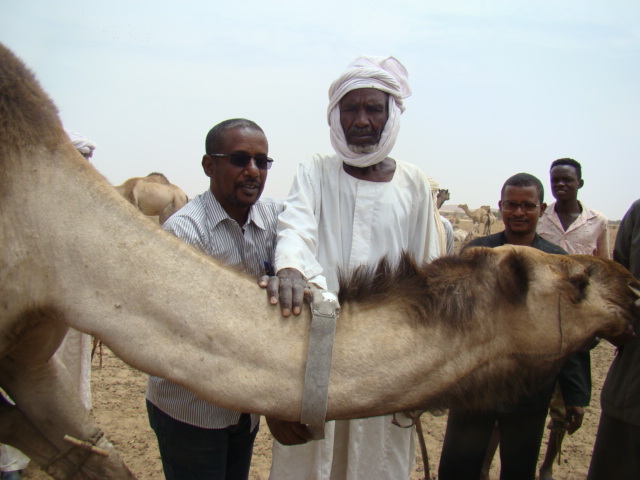 In West Darfur, Sudan there are two preferred means by which most people make a living: livestock herding and farming. As the area has been affected by climate shocks and conflict, people have diversified their livelihood activities, with farmers expanding their farming to include dry season as well as rainy season agriculture and raising some livestock, and herders’ families engaging more in farming, (while both increasingly engage in a range of low return marginal activities like casual day labor and trade in firewood and grass for fodder). While at the household level this appears as diversification and integration of livestock and farming (and thus we assume good for household resilience), when you zoom out to the state level you see that the once complementary farming and pastoralist systems are now using the same livelihood activities.

Our study area in West Darfur includes both types of community specialization:

One of the aims of the Building Resilience in Chad and Sudan (BRICS) livestock monitoring study (see first post here), is to understand the ways in which households that primarily practice farming or herding manage livestock to strengthen their resilience—both new and traditional.

In April 2017, we visited the herders, collared their animals, and began to learn about their practices. We learned that households with different specializations manage their herds differently, and use different seasonal patterns of mobility, The participants described the following mobility patterns:

Once we have the tracking data, we expect to see these patterns confirmed with the herds from El Geneina having much larger cycles of movement compated with herds from Kulbus.

Given the different mobility patterns, we expect to see each system adapt differently to their changing environment. In Geneina, we expect to learn about how herders are adapting to the smaller rangeland that is available to them, while maintaining sustainable and cost effective practices. In Kulbus, we have already learned about an adaptation: because herds are relatively small and therefore stick close to home (because mobility is not be cost efficient), some herders combine their smaller herds to form one larger herd. We have included one herd that is comprised of cattle from four owners. They combined their herds approximately 15 years ago to achieve the same economies of scale enjoyed by larger herds for grazing and watering. These four livestock owners live in one village, but are not close relatives. Each family takes turn tending to the animals to cut down on the labor and increase mobility to more efficiently access desirable seasonal pastures.

Through the study, we aim to learn more about adaptations and practices of different communities to help us better understand how individuals and communities are adapting and how the international community might support the positive adaptations. In future posts we will discuss these and what we think it means for building resilience and improving relationships in this context and share some early tracking data.