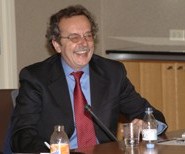 Antonio Donini works on issues relating to humanitarianism and the future of humanitarian action as well as on Afghanistan. He is also a research associate at the Geneva Graduate Institute’s Programme for the Study of Global Migration. From 2004 to 2013 he was a senior researcher at Feinstein. Prior to joining the Center he worked for 26 years in the United Nations in research, evaluation, and humanitarian capacities. His last post was as Director of the UN Office for the Coordination of Humanitarian Assistance to Afghanistan (1999-2002).

Before going to Afghanistan Antonio was chief of the Lessons Learned Unit at OCHA, where he managed a program of independent studies on the effectiveness of relief efforts in complex emergencies. He has considerable experience in doing research in volatile or fraught contexts and experience in collecting and analyzing the perceptions of groups affected by crisis and conflict.

Every week, IRIN’s team of editors curates a selection of humanitarian reports and opinion you may have missed, from in-depth analyses and features to academic studies and podcasts. On January…

On 30 November, 2016, IRIN published an opinion piece by Feinstein visiting fellow Antonio Donini: “The crisis of multilateralism and the future of humanitarian action.” In his piece, Antonio argues that multilateralism…

Planning From the Future

The Planning From the Future project aims to influence the direction of ‘non-traditional’ and traditional humanitarian actors to help them deal with a rapidly changing and potentially increasingly vulnerable world.

Building on earlier work in Afghanistan and our briefing note on “Humanitarianism Unraveled?” published in mid- 2010, we have issued similar briefing notes on the relationship between humanitarian action and politics in Sri Lanka, Darfur, Pakistan, and Somalia.

Planning from the Future: Is the Humanitarian System Fit for Purpose?

Does the humanitarian system have the capacity and vision to respond effectively to the crises of today, tomorrow, and deep into the future? This report analyses the failings of the…

Regional Humanitarian Challenges in the Sahel

The Sahel rarely makes headlines. Until the early 2000s, it was on the margins of geopolitical interest and of humanitarian action and debate. Today, the Sahel is on center stage…