Localized Research Methods for the Refugees in Towns Project 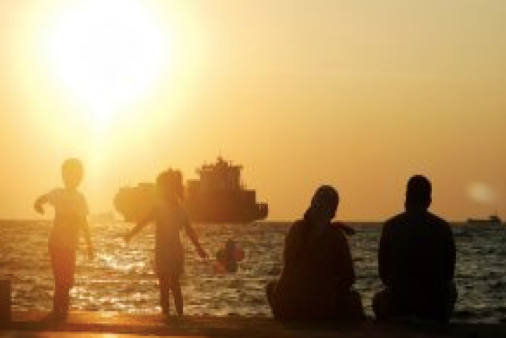 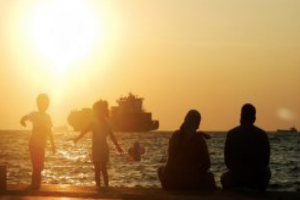 In 2017, the World Humanitarian Summit called for a commitment of the humanitarian sector to localize its practices. As part of this commitment, humanitarian leaders started working with local researchers, rather than importing consultants from research hubs in the Global North like Boston, Washington, D.C., or Geneva. The Refugees in Towns (RIT) project is an early attempt to implement such localized research practices. This project sought out refugee and host population members to study refugee integration in the towns in which they live. Over the past two years, the project has completed 35 of these cases, with more underway.

The local researchers who conducted case studies for the RIT project all had pre-existing connections in their communities—they know their way around shops, community centers, services offices (like refugee registration offices or medical clinics), and they speak local languages. As part of the project, the authors design their own case and decide what aspect(s) of refugee integration is most important, whether it’s education in Cape Town, or culinary traditions and restaurants in Delhi. After the researchers set their research questions the Feinstein International team helps them with support and in some cases, methods training.

One of the biggest challenges of using qualitative, subjective measures to assess integration is getting donors and practitioners to take them seriously. Many practitioners are interested in measuring the social component of integration, but they are limited by donor constraints. For example, U.S. resettlement agencies are federally mandated to show improvement in the economic wellbeing of their refugee clients within 90 days. Often the easiest way to demonstrate this is through quantitative measures such as the number of refugees who get jobs or who are trained in resume writing. With limited reporting time and research budgets, these organizations find it difficult to use more time-intensive localized methods that focus on subjective measures of social integration. Most scholarship and research on refugee integration uses quantitative metrics such as income to measure outcomes. These metrics can lead to misunderstanding about integration. For example, income is used to measure economic self-sufficiency, which is often equated with integration. But a refugee could be economically self-sufficient yet still feel isolated and excluded from the city they live in. The RIT project has found that it is important to understand the social side of integration, using more subjective, qualitative measures including: do refugees have friends of other ethnic groups, do they feel included in public spaces, and how easily can they navigate the transportation system. Understanding integration then shifts from measuring an objective and quantifiable number (income) to exploring subjective questions about belonging. Local research can get at these kinds of questions through reflexive processes, observations, and personal narratives.  The challenge this approach poses for the RIT Project is finding and commissioning the right interviewer. More than anything, they need to have good social skills.

Why Use a Localized Research Approach?

Using localized methods to understand integration is initially time- and effort-intensive; why should practitioners and research institutions use them? First, this approach builds the capacities of refugees and local people in areas such as information management, writing in English, using Google Maps, word processing, and communication in a Western setting. These improved skills help people become leaders in their communities. Another reason is that local researchers are much more likely to understand the constraints of conducting data collection in a particular context, and can navigate these difficulties much more astutely than can external consultants brought in from elsewhere. Hiring a local researcher can also be far less expensive, however, this poses challenges such as gauging appropriate pay rates, making sure that the labor laws of the country are being followed, and navigating the convoluted process of international contracting.

The RIT project uses remote team management, a process that comes with challenges for international humanitarian practitioners and researchers. The process of remotely managing researchers has become much easier in the past five to ten years and it will continue to improve as tech-savvy millennials take over the workforce. For example, our RIT Somali refugee researcher in Cairo easily used his smartphone to geotag sites that the RIT team in Boston could then remotely analyze and edit. Remote management brings multiple perspectives to analysis: a remote team member looks at the data with an outsider’s perspective, while a local team member in the field sees the data highly contextualized. Through conversations about their findings, these two positions can draw out surprising new observations.

The RIT project has also experimented with team research where multiple local researchers work together on the same city case, but bring different positions (ethnicity, gender, socioeconomic class). For example, RIT’s Costa Rican researcher in East Boston could easily access and observe the integration experiences of local Hispanic populations. However, she had trouble accessing other populations in the East Boston neighborhood, like third-generation Italian migrants. The RIT team then drew on the observations and experiences of a researcher with a different ethnic background and gender who saw the neighborhood through the eyes of another group of people. Both researchers were Boston “locals”, but their situations allowed them to understand integration in the neighborhood from different perspectives.

The localized research process of the RIT project highlights that humanitarian research is messy. Often researchers ignore or simplify complexity to produce a set of coherent findings. Instead, the RIT project embraces the messiness of refugee integration by emphasizing the importance of social connectedness and finding ways to make sense of it.