The Western Sahara refugee situation is the oldest unresolved, protracted humanitarian crisis in United Nation High Commissioner for Refugees’ (UNHCR) history. For over 44 years, families living in the Western Sahara Territory and the refugee camps near Tindouf, Algeria have been separated. The Sahrawi people are at risk of losing their culture and their identity due to the protracted nature of this political impasse. Since 2002, the UNHCR Western Sahara Operation has focused on “Confidence Building Measures” (CBM). It built a “humanitarian bridge” between the Western Sahara Territory and the refugee camps. The CBM program was widely hailed as a significant humanitarian achievement in an otherwise hopeless refugee situation. The program was suspended in 2014, due to disagreements between the parties to the conflict (POLISARIO Front and government of Morocco). There have been no family visits since then, and until 2017, the Western Sahara Operation was unable to implement any activities. For more background information and details on the CBMs please refer to Feinstein’s Western Sahara research project page. 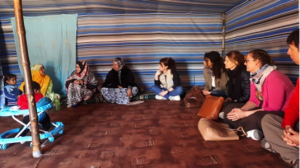 Visit of the PESG office to the camps in Rabouni.

In mid-2017, with the arrival of the Head of Operations for UNHCR Western Sahara, new dynamic efforts were launched to bring the plight of Sahrawi refugees, especially those in the Tindouf camps, back to the international humanitarian community’s attention. Over the past three years these efforts included UNHCR programming for Sahrawi cultural expression, partnerships with implementing partners, and coordination with various UN agencies, Tufts University’s Feinstein International Center, Cape Town University, and the office of the Personal Envoy of the Secretary-General (PESG) for Western Sahara. The following briefly outlines the Operation’s accomplishments since 2017.

Since 2017, UNHCR has increased its work with Sahrawi refugees. UNHCR has supported an ID center in Rabouni (part of the Sahrawi refugee camps near Tindouf, Algeria) that provides refugees with necessary documentation authorized by refugee leadership. UNHCR has reinforced the center’s capacity, security, and infrastructure. People who participated in the UNHCR family visits between 2004 and 2014 now have their files digitized and electronically archived into UNHCR’s system, E-SAFE, enabling easy access and preservation of the program’s history. In the cultural domain, UNHCR has been organizing an art exhibit in collaboration with Sahrawi leadership and the Spanish Ministry of Culture in Gran Canaria. The exhibit will take place in Las Palmas in 2020 with the aim of sharing Sahrawi culture, identity, and art with the Spanish and Sahrawi diaspora community. Supporting tertiary education for Sahrawis has also been a priority for UNHCR. With no higher education near the camps, students must leave the area or country. UNHCR has worked with the Sahrawi Red Crescent to provide financial assistance to Sahrawi students studying in Cuba. UNHCR has also by created an operational action plan to deliver consultation sessions with youth to prevent sexual and gender-based violence (SGBV) measures. 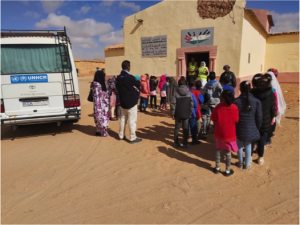 Sahrawi students visiting the Cultural Museum for an organized tour.

To expand activities focused on culture in the camps, UNHCR has worked with two partners, the American Institute for Research and Mundubat. Currently, on behalf of UNHCR, Mundubat is supporting artists with social media training and raw materials, conducting interviews with elders in the community to preserve nomadic Sahrawi culture, and delivering museum tours focusing on Sahrawi culture and history. UNHCR is continuing its partnership with Mundubat for the upcoming year to expand cultural activities with refugee leadership support.

There are two agencies—the UN Mission for the Referendum in Western Sahara (MINURSO), and the PESG office—each with specific functions regarding the peace process, making their coordination important. UNHCR has organized inter-agency strategic dialogue retreats with senior UN officials from both offices. UNHCR’s multifunctional team approach is improving information sharing and streamlining initiatives. For example, during the 2019 World Refugee Day celebrations—an annual international awareness raising event for refugee situations—UNHCR Western Sahara and UNHCR Algeria coordinated to deliver a successful event in Dakhla camp. With both offices pooling their resources, the event was able to attract wide participation.

Momentum can be gained with the imminent arrival of a newly appointed PESG to Western Sahara. UNHCR can play a larger role in supporting the peace process through humanitarian efforts. These efforts are an important mechanism to instill confidence and trust between “the Parties”: the POLISARIO and the Moroccan government. In the meantime, UNHCR is exploring a range of activities that are neutral, humanitarian, and meet the needs of Sahrawi refugees. 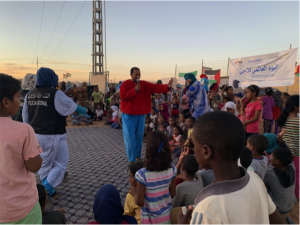