On September 18, 2017 Feinstein faculty and an alum were honored at the naming event of the Henry J. Leir Institute for Human Security.

Fletcher Masters of Arts in Law and Diplomacy alum and Feinstein Visiting Fellow, Tsering Gellek, received the Henry J. Leir Human Security Award from Eileen Babbitt. In her remarks, Tsering described her work on human security and cultural preservation since graduating in 2000. She explained about her work as the director of the newly-established Sarnath International Nyingma Institute in India, “We are building bridges not just between cultures and people, but between different periods of time. We’re considering the traditional as it applies to the modern day, on a practical level.” 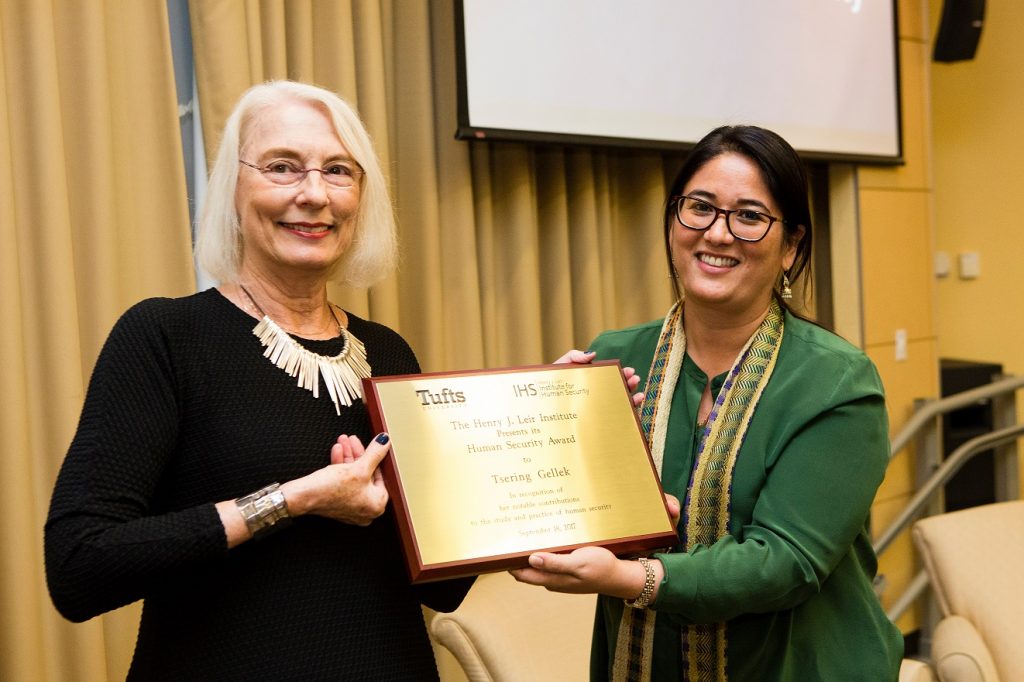 Karen, as professor in global migration, noted that with the new chair, she will focus her work on understanding how to better absorb migration. She said, “the problem we need to address with migration is not how to stop it. Migration is a long-standing process that has not increased much, as a percentage of the world’s population, over the past hundred years. What we have to do is figure out how to better integrate migrants and communities. To do this we need to understand how it works and the factors that facilitate and inhibit positive integration.”

Dan, as professor in food security, said that his work as the chair will focus on the question of why famines re-emerged in 2011. He noted, “we briefly thought that famines were a thing of the past…as we made some progress on improving chronic hunger in the world…However, famine and hunger have different causes.” Dan will seek to better understanding how these are related and not.

Watch the video of the panel here.

Read an article about the event from TuftsNow here. 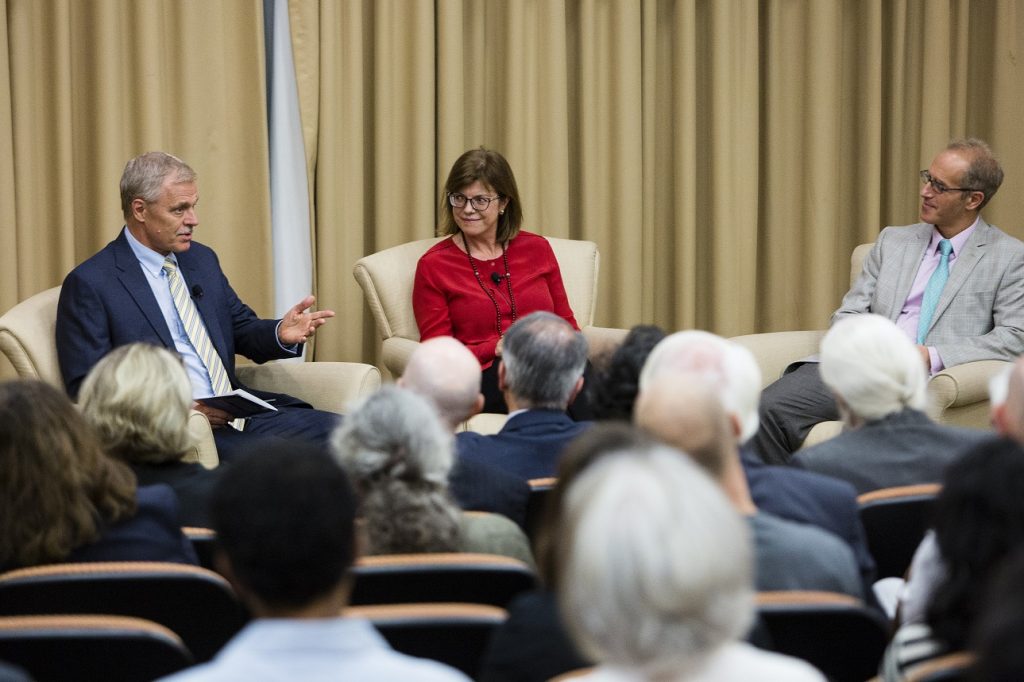