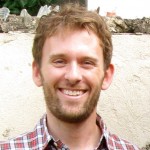 Keith Proctor is a researcher and writer focusing on violent extremism, transitional justice, and gender.

He is currently the senior advisor for countering violent extremism (CVE) at the U.S. Department of State’s Bureau of Conflict and Stabilization Operations. Previously, he was the senior policy researcher at Mercy Corps, the international NGO. As a consultant, Keith has taken projects from brief to deliverable for the United Nations Office of the High Commissioner for Human Rights, the World Peace Foundation, Chemonics, and the Center for Strategic and International Studies. In a past life, he was an educator and activist.

Keith’s work on political violence has been profiled by major news outlets, including CNN, Fast Company, the Guardian, VICE News, and the Washington Post. In addition to book chapters and reports, he publishes regularly in the mainstream press — for example, in Fortune, Huffington Post, and the Stanford Social Innovation Review.

Keith is a graduate of Stanford, the Fletcher School of Law and Diplomacy at Tufts, and Harvard Divinity School.

Dr. Dyan Mazurana, Feinstein International Center’s Research Director on Gender, Youth, and Community, and Keith Proctor, Visiting Fellow, have co-authored a chapter on the role and function of gender analysis…

This report is part of a series by Feinstein International Center that examines the impact of armed conflict on civilian populations in northern Uganda and struggles for redress and remedy.

They Were Just Thrown Away, and Now the World is Spoiled Mass Killing and Cultural Rites in Barlonyo

In the aftermath of violence, proper treatment of the dead provides a vital consolation for survivors and their communities.