Pre-research in northern Kenya: the gift of a scoping study 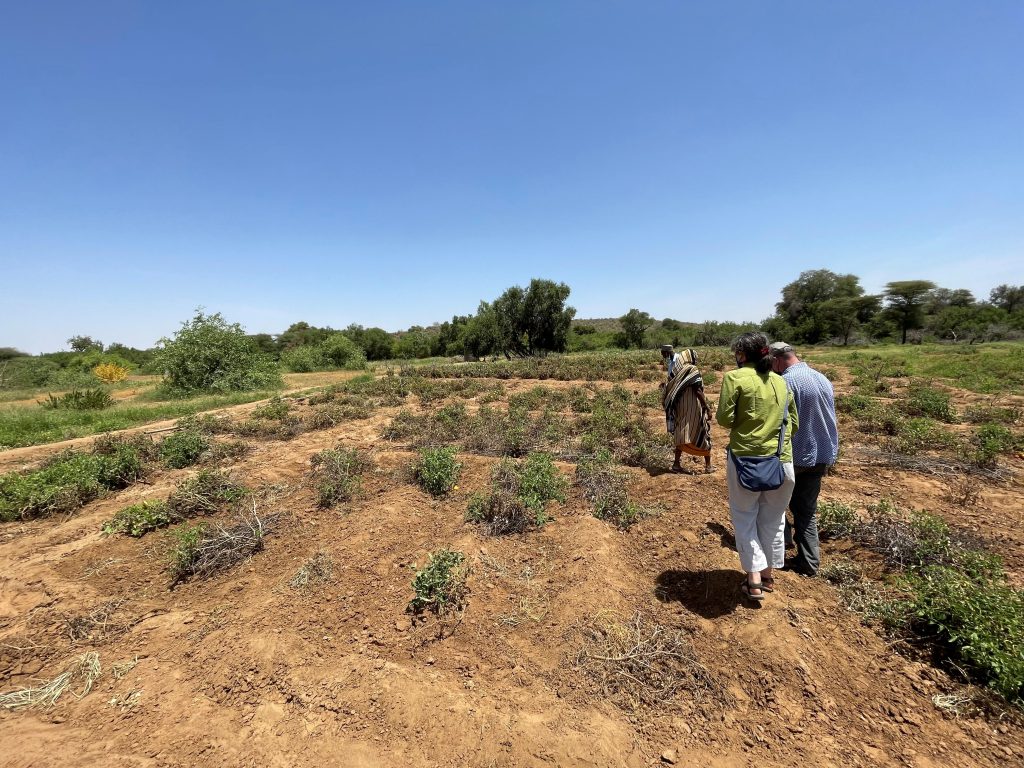 For the first time in more than twenty years of qualitative research, I recently had the opportunity to participate in a scoping study visit. The visit was planned as part of an ongoing longitudinal study under the Nawiri project that aims to better understand the drivers of acute malnutrition in Isiolo and Marsabit counties in northern Kenya.

While we were planning the scoping study trip, I saw it as a rare luxury. Yet I also couldn’t help but think about the many other research projects in which I did not have such an opportunity: these had (mostly) gone well, albeit often with a very steep learning curve. So, I wondered, was a scoping study really necessary? Perhaps we should just proceed as usual and jump on in?

With colleagues from the Feinstein International Center and Catholic Relief Services, in February 2022 I set out for two sites in Isiolo County to gather information to better understand the local context and to test some participatory tools for use in the qualitative study that will begin in the coming months. After two years of limited opportunities to travel due to Covid-19, FIC researchers were finally able to see some of the locations where the Kenya-based team had been working.

Our destinations were the settlements of Malkadakka and Ngaremara, which are two of the purposely selected sites based on historical patterns of malnutrition and livelihoods practiced.   In each site, teams of Kenyan enumerators follow up every two months with the same sample of households who have children under five years of age. We will use this data to track changes in livelihood activities, income, food security, and nutritional status. As of February, three rounds of data collection had taken place and nine more surveys will happen by July 2023 to complete the study.

We first visited Malkadakka, about an hour’s drive from the sub-county seat of Garbatulla, where we met the Malkadakka quantitative team. Over two days we spoke with male and female community leaders, male and female traders, male livestock owners, and groups of men (mixed ages) and women (mixed ages). We tried out a number of participatory tools, including seasonal calendars, ranking different types of livestock by preference, and comparing livestock ownership by time period (i.e., experiences of this generation and those of their parents’ generation) and gender. We also took a walk through the village’s farming fields along the banks of the Ewaso Nyiro river.

Ngaremara was our second stop. It is on the main paved road only about 30 minutes north of Isiolo Town. We interviewed the same categories of people as in Malkadakka and tested similar tools. We also spoke with a group of mothers about the main characteristics of malnutrition in their children aged 6 to 59 months.

We learned a huge amount despite the very limited time spent in each location. Some of these lessons—as hoped—were about the context of the locations and the effectiveness of our proposed data collection tools. In addition, we learned a great deal that challenged our preconceived notions about the sites and the ways in which we had envisioned carrying out the qualitative activity.

First, we learned that the sites were much more diverse than we had expected in terms of wealth, livelihood activities, and geography. We selected these sites for the larger study because they are “hot spots” with high levels of acute malnutrition in children under five years of age. Given my experience in locations with similar conditions in other countries, I expected to see visible evidence of malnutrition among children—distended bellies, listlessness, and swollen limbs—and to see signs of severe poverty in the villages. On the contrary, many of the people we met and saw appeared healthy and described relatively successful livelihoods. People in these places engage in a range of economic strategies, including irrigated farming and milk trading in Malkadakka and animal brokering and successful small and medium-scale trading enterprises in Ngaremara. We saw only a limited number of homesteads, but those we saw were spaced out from each other with minimal crowding. On a superficial level at least, these settlements looked relatively well-off. Why then, we asked ourselves, are rates of child acute malnutrition in these areas so consistently high?

Second, the visit upended our notions about the main ways people support their families in these areas. We had expected people in Malkadakka to be mostly agro-pastoralist, meaning they combine crop cultivation with animal husbandry. In fact, we learned that cultivation was only possible for a small portion (probably 20-25% of households) due to limited inputs (including labor, expertise, and petrol for the generator to pump water up from the river), and those who do cultivate crops are often unsuccessful. Contradicting our expectations, livestock appear to remain the most important activity for most households in Malkadakka and provide an important source of milk and income.

Prior to our visit to Ngaremara, we expected to find a peri-urban site with strong connections to the economy of Isiolo Town. In fact, despite being only a 30-minute drive from town, few people make the journey because transportation is expensive and often unnecessary because a group of middlemen (and women) move back and forth to sell items and purchase surplus crops and livestock. People still rely upon and want to invest in animal husbandry. This contrasted our expectations of finding a large number of people in Ngaremara who were unable to pursue pastoralism and had instead taken up more low-pay economic activities associated with Isiolo Town.

Our scoping study did not answer our question of what drives persistent acute malnutrition in these areas, but it was not meant to. Rather, it helped to illustrate the complexity, nuance, and variation within the study population. It highlighted things that we need to consider in designing and conducting the research study. For example, we are now clearer about  who we need to involve in the research, how we want to conduct the research, and some of the puzzles we need to unpack to understand the trends in these areas. For me, I found this scoping study to be more of a gift than a luxury. This gift gave me the space and ability to consider important issues more carefully and thoroughly and to, hopefully, do better research as a result. I come away from this with not only a more complete, nuanced, and informed understanding of issues to examine in the research in northern Kenya, but also with the goal of making this sort of scoping visit a component of future studies.